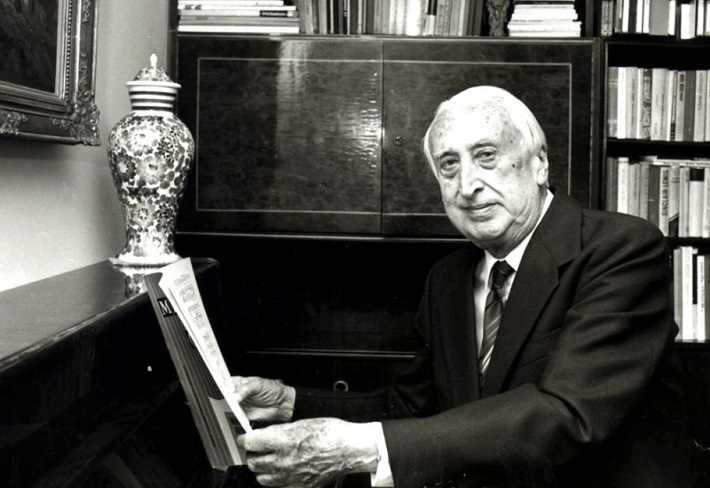 Mikuláš Schneider-Trnavský slávnemu rodákovi zo Zavara Gejzovi Dusíkovi poslal v gratulácii k päťdesiatinám aj takúto informáciu:
“You don’t even know what happened to you and around you 50 years ago in Zavara. It was just on April 1, when you came to this humpy world in Pomykov. It was a sensation for Zavar. The news flew through the village that half of the twins had been born to notaries. People couldn’t explain it, they walked in Zavara like in Pomykov and didn’t want to believe how it could be what happened to the other half of the twins. But they went to a “holt” notary and asked him if it was true with the half-twin. The notary replied to the curious, “Yes, it stimps” and immediately showed it to them. People admired him and asked curiously, “And where is the other half of this half-twin?” You did a great job. We wish you that your son will continue in your salvation. ”And this vine came true. Since then, Gejzo has been cheering on the whole world with similar huncuts …. “

Gejza Dusík was a pioneer and leading figure of the founding generation of creators of Slovak popular music. In the years 1932 – 1936 he studied composition at the Neues Wiener Conservatory in Vienna, in the class of Eugen Zándor.
He started composing as a student and with J. Haluzický his first operetta A Thousand Meters of Love was created in 1935. In his work, he sought and used the fashion dance rhythms of the time. By taking over Slovak folk elements, he came to his own original musical language.
In the years 1939 – 1974 he was an employee of the Slovak Authors’ Association (later SOZA) in Bratislava. From 1943 he worked there as a director. He was the first in Slovakia (1942 – 1948) to establish his own music publishing house.
His name is also associated with the Slovak operetta, of which he was the creator. He is considered one of the first founders of Slovak tango, with which he achieved great popularity. He is the author of 13 operettas in collaboration with librettists P. Braxatoris, Ota Kaušitz and Celestín Radványi.
He composed more than 250 dance songs, many of which were popularized. Among others, I am also My Homeland (1938), The Village in the Valley (1940), When Our Happiness Leaves (1941), Let’s Ask the Stars (1943), So Infinitely Beautiful (1944), Marina (1955) and others. He is also the author of the stage work Wine for Marina from 1980.
Gejza Dusík was also in demand on the gramophone market. More than 1 million of his songs have been sold.
He wrote overtures – May Day, We Will Develop Peace Flags, Youth and More.
For his contribution to Slovak music, in 1964 he was awarded the title of Merited Artist and in 1988 the title of National Artist.
Dusík’s songs were sung by Janko Blaho, Mária Kišoňová, Štefan Hoza, František Krištof Veselý, Zita Frešová, Gizela Veclová, František Dibarbora, Elena Kittnárová, Jozef Kuchár.
The composer died in 1988 in Bratislava and is buried in the Martin cemetery.

Awards:
1964 Mikuláš Schnider Trnavský Award, for the operetta Carnival on the Rio Grande
1964 Merited Artist Award
1988 National Artist Award
On August 31, 2007, he was awarded in memoriam by the Council of Ľudovít Štúr I. class for his musical work

SONGS FROM POPULAR SONGS:
My ship is already floating
Fireflies
It’s just a habit
When the accordion sounds heavy
Red roses
A wide path
Love wanders around
When the rhythm calls
Only in the area do the ignorant flourish
May the whole world be happy
Stars over the Adriatic
Light and shadow
Evening by the Danube
The most beautiful memory
Bouquet of roses
Only without a woman
Not kissed lips
A village in the valley
I’m so sad without you
My native region
What can happen to me
So infinitely beautiful
A song about my home country
Blue rose
Two unfaithful eyes
Let’s ask the stars
Only you
Marina
Give me a handle